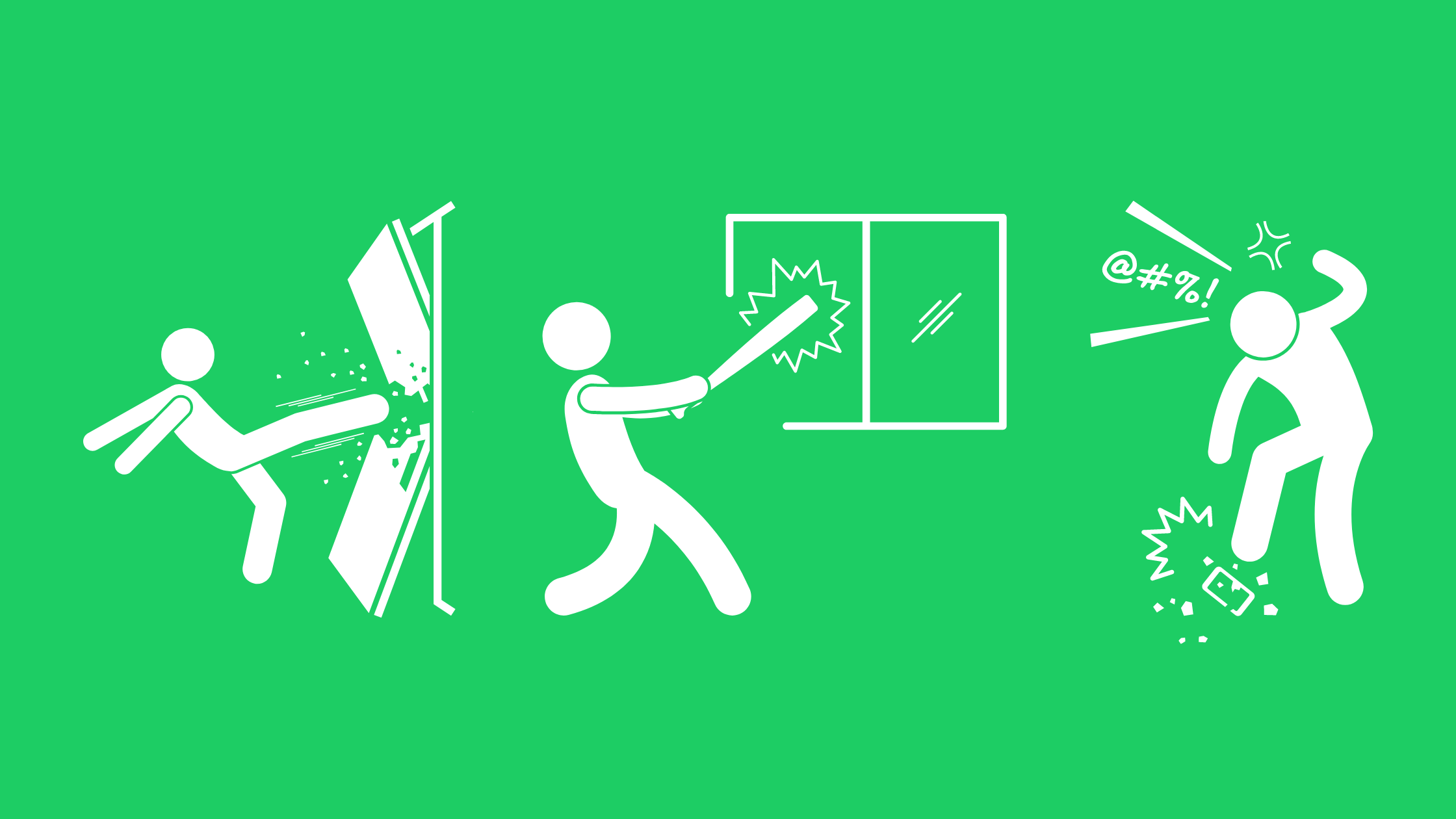 How to smash through user objections on your landing page

You’ve spent a ton of time perfecting your product or service.

Early feedback has been great, but early feedback isn’t everything…remember, at one point there was enough early and good feedback to greenlight the movie “The Meg”.

In your case, it isn’t a movie that is a dud – it is your business.

People aren’t buying your product or service. At least not at the rate you want them to.

You can see that your landing pages get solid traffic, but only a small percentage of it converts.

Your spider-sense is tingling and you know something is wrong.

It’s easy to think that adding more information about features or dropping the price will solve the problem but, in all likelihood, it won’t.

Confused? Hey, we get it.

You want to just focus on what is great about your business, and completely sidestep any concerns potential customers might raise.

However, your customers have objections in their minds, and unless you address and overcome them you will not get the sale.

The Problem: Potential Customers Won’t Buy Unless You Address and Overcome their Objections

Creating a landing page about your product is easy.

Driving traffic to that page, with a bit of smart SEO and online advertising, is easy.

Describing why visitors need your product is easy(ish…).

But it doesn’t always result in sales.

Making people want your product, especially if it replaces something they already use, is tough because people don’t necessarily like change.

When they read your landing page, your job isn’t (just) to show people why they need your product. It’s also to address and overcome the reasons people aren’t inclined to buy, known as objections in sales terms. Most of these objections fall into one of the following four categories:

The problem here is that answering big questions like these is tough. Really tough.

Many of us are inclined to bury our heads in the sand and hope that readers convert anyway. But that’s a huge mistake because, whether or not *we* bring them up, those objections are already in the minds of readers.

The better you get at addressing them, the more likely it is you’ll overcome that vague (but significant) sense of doubt that nags visitors as they hover over that Try Now button.

The Root Cause of the Problem: You Avoid Objections, So You Can’t Combat Them

Most of us have encountered a bad car salesman at one time or another. A common tactic among bad salesmen is to bombard you with “impressive” features or statistics, while failing to address your actual concerns.

You wonder about the gas mileage or monthly costs, but they just drone on and on about the number of cupholders and how powerful the engine is. While what they really should tell you about is the car’s Eco Mode and typical insurance costs.

There’s a good chance that, subconsciously, you may do something similar.

All marketers know that we’re supposed to talk about benefits, not features. However, it’s easy to neglect the opportunity to frame those benefits in such a way that they overcome objections. Here are a few examples of what that might look like:

But you can’t do that until you actively seek out and address objections, instead of just hoping that visitors forget about them.

The Solution: Seek Out Objections So You Can Address Them

In sales and marketing, we’re often told to always keep things positive. For the most part that’s a good call. See? Positive! 🙌

But there is such a thing as trying to be too positive. Sometimes we need to look for negatives, perceived or otherwise in order to reframe them.

Before you can deal with potential objections from users, you need to identify what they are. No doubt you’ll have a few ideas of your own, but who better to ask than potential users themselves? Here are some ideas for doing just that:

Humans are, by nature, skeptical. Especially of things that claim to immediately solve problems that have been around for decades. We blame those infomercials that show steak knives cutting through a door then, when you order them, they break in a week…

That’s why identifying objections that your visitors might have, e.g. moving across from their current solution, finding the software too complicated etc., is vital for improving conversions.

Once you’re armed with some feedback from potential users, you can put yourself in the mind of potential customers and start considering their tough questions such as:

Fortunately, actually answering those questions to a satisfactory level often isn’t as difficult as it might seem.

Implementing: When You Address Objections, You Can Overcome Them

To have a really successful product or service, you don’t need to be perfect. In fact, all you need to do is be better than your competitors.

By trying to position your product as perfect you not only make people suspicious, you also miss out on the opportunity to address objections. That’s important because, in a very real way, acknowledging perceived weaknesses lets you highlight your strengths.

Objection Identified:
“Will I be able to get help if I’m having a problem?”

Because no product is perfect, it’s smart to alleviate concerns about setup and use by highlighting that you’re there to help with issues:

Of course, not every company can offer 24/7 support. (And not every company that claims to actually does!) You can still, however, provide information about average response times or clarify the different ways in which you offer support to users around the world.

Objection Identified:
“I’m based in another country, will I be able to get help outside of US office hours?”

Here’s an example of a Zendesk/Mailchimp case study addressing that:

Objection Identified:
“I want a piece of software that’s capable of doing X, Y or Z.”

Let’s say that you’ve identified a particular feature that’s in demand but it’s not one you currently have. It might be tempting to carefully construct a landing page that avoids saying you don’t have it, but all that does is create uncertainty around the product.

It’s much better to acknowledge that you don’t have it, explaining why that’s the case. Then you can tell visitors where it is on the roadmap and back that up with evidence that you’re on pace to add, say, two new features every month.

It’s been said that using too many exclamation marks is like laughing at your own joke. The same could be said of being too emphatic about how great your own product or service is. The solution? Let other people do it for you!

Objection Identified:
“Is anyone else actually using this software? I wonder how they’re finding it.”

Using testimonials is always a great way to address objections, but the key is picking the right ones. Try to find testimonials that say things like…

“I’ve always used X but switched to Y and was really impressed with it. It ended up being much cheaper and I don’t feel like I’m missing out on any features. Switching was one of the best business decisions I’ve ever made!”

That testimonial highlights a benefit (lower cost) AND addresses an objection (is it as fully-featured as my current solution?) in one, which is really powerful. “I’m already used to doing it this way,” is a really common objection, but it’s one that can be beaten.

Objection Identified:
“The software looks complicated. Maybe it’s too dense for a newbie like me.”

Bizzabo uses a testimonial from an existing user to address this very effectively:

Not only is it complimentary about the platform, it actively highlights that this experienced events manager prefers Bizzabo over other tools because of how intuitive it is.

Objection Identified:
“These features look good but will they actually be useful in my day to day processes?”

You can wax lyrical about how great certain features are until you’re blue in the face, but it’s infinitely better to show that real customers find them valuable.

Check out how Moz does just that with these comments from users:

Testimonials aren’t the only way to demonstrate success in your space, of course. If you’re a young company, for example, potential customers might have doubts about your reliability or ongoing performance. But there are ways to address that too!

Objection Identified:
“There are tons of coding bootcamps out there. Is this the right one for me?”

Startup Institute prominently features its Course Report award with a badge on its homepage and, crucially, links to some more information about Course Report’s authority:

And if you haven’t scored any awards (yet…we’re sure they’re coming!), there’s still plenty you can do to alleviate objections that people might have.

Objection Identified:
“I wonder what happens if I don’t like the product. Will I get stuck with it?”

Eve’s comprehensive money-back guarantee is a great example of how to address this:

In fact, it (literally) ticks off all the objections people might have, from delivery and returns to warranties and getting rid of your current mattress.

If you’re concerned that having to give a refund feels like failing, don’t be. While it’s true that people might ask for one, this gives you a perfect opportunity to ask what didn’t work for them. Something you won’t get if they simply navigate away from your site at the start.

One last tip, though it’s one that you have to think seriously about before implementing. Many marketers live and die by voucher codes – seriously, has anyone EVER paid full price for pizza from Domino’s or Papa John’s? – but the downside of this approach is that potential buyers might delay their purchase until one lands in their inbox.

Objection Identified:
“I bet I can get a better deal if I search around online or wait for a discount code.”

If you’re not planning to offer regular discounts or participate in seasonal sales such as Black Friday, it’s worth making that clear like UK retailer Dunelm does:

In cases like this, a healthy dose of honesty and transparency can turn what initially seems like a negative point into the removal of a barrier to purchase; buyers don’t need to wait around, because they know they’re already getting the best price.

We’ve seen some real-world examples above of how brands have worked to overcome objections on their websites. You can see how all of them address one or more of those categories of objections we mentioned above – price, quality, trust, doubt/anxiety.

But you won’t be able to do any of that until you start to think about the reasons why visitors might be hesitant to sign up to your offering. 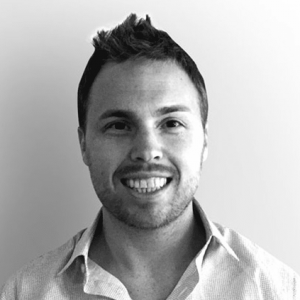 Adam Lundquist is the founder of Nerds Do It Better. He is (reformed) radio morning show host and loves to talk marketing.